Everything You Need to Know About The Green Glass Door Game 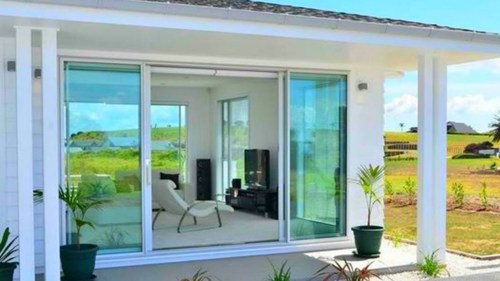 The green glass door game is a ‘thinking and talking’ game that can be played among many lively and energetic players. This game is also specially designed for intelligent minds who can find out the ultimate secret of this game.

How do you play green glass door?

When the game is started, you can start your turn by taking the names of the item that you can bring through the green glass door and the item you cannot. For instance, you can say that “I can bring a tree through the green glass door, but I cannot bring a leaf.” The main key of this entire game is that you have to take the names of items that are double lettered, such as pool, tree, and kitten. These letters can be vowels as well as consonants.

If any of the players takes the name of an object that cannot pass through the green glass door, then they will have to face a consequence. This consequence is dependent on the context of the game, the age of the players, and the situation in which the game is being played.

If you pay close attention, you will notice that there is a pattern in these examples. Both the objects are related, but still, both of these cannot be passed through the green glass door. Since puppy consists of double letters and the term dog does not, a puppy can pass through the door and a dog cannot. Similarly, glass can pass through, but a cup cannot.

The green glass door game is fun to play on a family trip as an icebreaker, or it can also be played among friends in the classroom.

To make the game more interesting, you should not reveal the game’s secret at the beginning itself.

Why is the green glass door interesting?

For players who are already aware of the rules of this game, it should be easy to keep coming up with things that can and cannot pass through the door. The best way to enjoy this game is to play it with a large group of people without trying to know their previous experience with this game— whether they have or haven’t played it before. This is because some of these people may know about the secret, and some may not. And it is this aspect which makes it even more thrilling and fun to be played in large groups.

This game is mostly played while drinking as a drinking game and is considered a fun activity to engage in at parties. At least three players are required to play this game. Players have to use logical reasoning to guess the things that they can bring through the door. To play, you must be well acquainted with the rules, purpose, and procedure of the game.

The game starts with a player giving an example of an item that can pass through the green glass door. For instance, he or she can start by saying, “I can bring a piece of wood through the door, but not a tree.”

The next player has to find out about the secret and figure out why some items are allowed to pass through the door. If the player is successful in putting forward an object that has double letters, then he or she is allowed to pass. But if they mentioned an object that cannot pass through the green glass door, then that player has to face a consequence. The consequence can differ on the basis of time and place.

The game continues in a circle. While some players successfully crack the secret, some remain clueless till the end. It is normal for players to think that there is a relationship between the two objects, but the key lies in the spelling.

Once the secret is out and everyone knows about it, the game ends.

To make the game more challenging and interesting, the facilitator of the game can set some rules or parameters of the things that can be carried through the door. For instance:

The above-mentioned variations will help players give a personalized touch to this game.

How is the green glass door game beneficial for those who play it?

Word riddle games such as the green glass door game are fun to play, but at the same time, these games can be beneficial in many different ways. These games, particularly the green glass door game, gives rise to curiosity among players. Players get excited as they are curious about the secret and want to crack the key of the game. It brings out the creativity of the players as they try to take the names of related items making the game even trickier. The best part is that it allows people to socialize. The group of people playing this game can be complete strangers who met at a party. This game gives them the opportunity to socialize and have fun with each other.

How to decipher the key of this game?

The only way to figure out the secret of this game is by listening. You have to carefully listen to every item that can pass and the items that cannot. Then make a comparison between both the items. You will notice a set pattern in the objects that can pass through; the key lies in the pattern. Once you get a fair idea of the pattern of the game, you will be able to find out the secret.

One tip to phrase tricky sentences is using objects that are somehow related to each other but not in an obvious way. This will make the other players wonder about the relationship between the two and where exactly the answer lies.

There is no specific rule in this game; all you need to do is to figure out the secret.

No equipment is required to play this game. You just need a group of enthusiastic people, and you are good to go.

The answer is No. There is no specified limit for players who can participate in this game. The minimum requirement of players is three.

Some examples and ideas for the green glass door game:

Despite the green glass door game being a really famous one, there will always be some people in the group who will be new to it. This is especially true for players of a relatively young age. This only adds to the fun element of the game. Green glass door is a game loved by many people—both young and old alike. It brings people together and spreads joy. So, the next time you feel confused about which game to pick on a long road trip or a picnic, the green glass door game will be a perfect choice.

Lunk Alarm at Planet Fitness Everything You Need to Know Today

How users can easily benefit from Windows 10 activator txt?

5 Tips on How to Build Capsule Wardrobe

What Are the Symptoms of EMF Exposure?

Can Your Birthstone Depict Certain Personality Traits? A Complete Guide to Your…

Trigonometry – Study The Relation Between Angles And Sides

4 Different Ways To Get A Car Loan With Bad Credit

How to choose the right shoes

5 Factors to Consider Before Investing in an Office Chair